I discovered a colleague of mine at another company was coming to Elstree Studios for a job interview, so I organised (through the proper channels) a visit to the Big Brother village where I was working. Even though this was a day off. I’m nice like that. We started at the ‘live’ area where the Big Brother ‘eye’ set is with the opening iris the Presenter walks through. 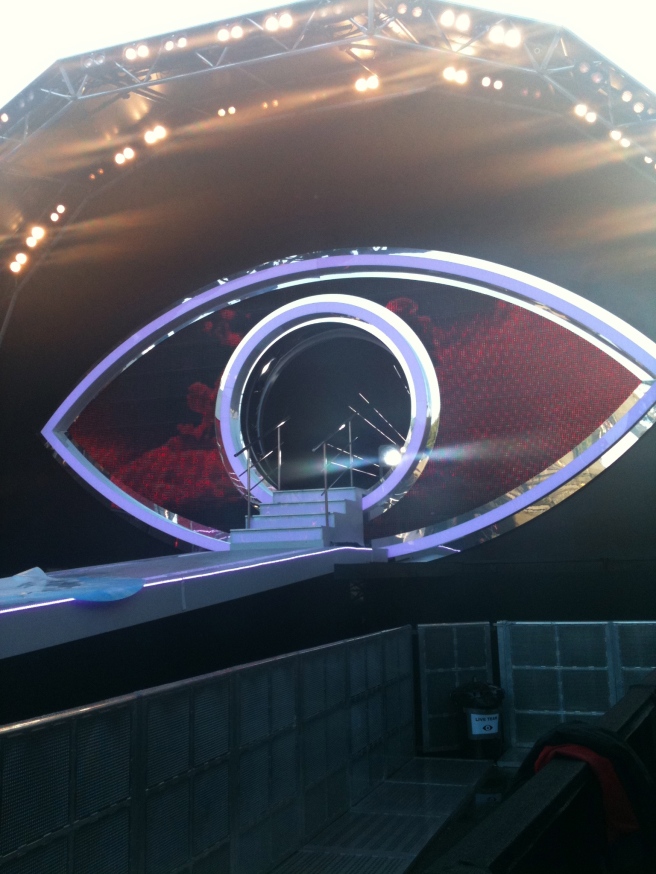 I then took him through the Reality Gallery where all the camera feeds are, and then one of my bosses said my colleague was allowed in the ‘camera runs’. The ‘runs’ are the corridors that border the outside of the Big Brother house, where all the mirrors are. There are Operators in there who need to wheel big studio cameras from one window to another (as directed by the House Directors from inside the gallery, i.e., me). We stood and watched one of the Jedwards brushing his teeth in the bathroom, Lucian Laviscount applying his moisturiser in the bathroom cubby-hole area and Darryn Lyons sunbathing in the garden. 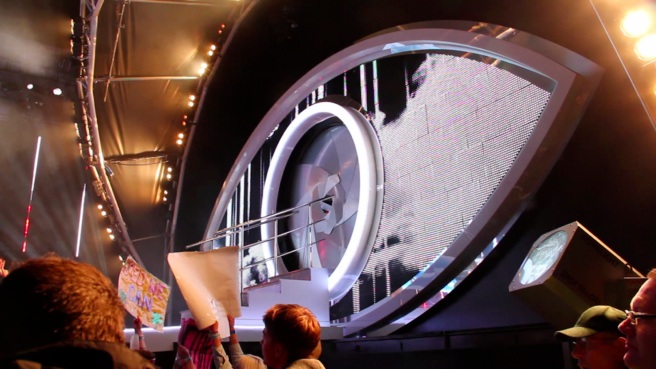 We also got to see the Large Task Room being transformed into a multi-seat cinema for an event that was happening that evening; the screening of the Fright Night movie (with members of the public who won a competition). We also spotted another room decorated with red wallpaper… at that time I didn’t know what that room was or what it was for. Turned out it was known as the ‘red room’ and was a separate bedroom for Pamela Anderson.

As my friend and I had both been Vision Mixers for a long time, we took a peek inside the Roll To Record cabins, where the Live shows are directed and broadcast from. We took a peek at the Grass Valley Kalypso Vision Mixing desk that controls all the cameras and graphics.

All very exciting, from a geeks point of view.