So what the heck does one take with them for a month long motorbike trip through Vietnam? This post could partially help with the answer…

I’m not good with packing. I tend to cram in completely unnecessary things and forget the essentials. Somehow vital items get carefully wrapped and packed away in a choreography of rolling and folding, yet my phone charger and toothbrush sit idly by the side. With this in mind I took it upon myself to pack the rucksack today, with the hope I’d learn from past mistakes and know exactly what I was and was not taking with me. Yes, the flight is 3 weeks away, but I like to plan early!

Firstly, initially I was only taking the rucksack. The decision to take a smaller bag became necessary as the helmet I had already bought for the trip was coming on as hand luggage, and not going in the hold of an aircraft where it’d get bashed and smashed to smithereens. There are some forums out there that suggested I wear the helmet as I board the plane, although in this day and age I doubt that’d go down well with… well, anyone. So a second bag was decided upon, which would allow me to carry daily things on the trip too, like food and water, or easy-access items such as my Canon camera. Obviously whilst riding I’ll be wearing the helmet, and when we’ve stopped the helmet will be carried with us or stowed in a hotel room.

What does all this cover?

The clothing options cover me for the travelling to and from Vietnam, riding a motorbike in both wet and dry conditions, and extras if we try the nightlife. The Canon 550D and lenses covers me for both photography and any video documenting. The GoPro and all the accessories cover the video aspect of us (“Clarence” and I) on the bikes. The DJI Phantom 2 Vision+ quadcopter is, quite simply, a radical piece of kit to shoot video from the air and provide awesome shots of us on the bikes. Totally unnecessary and overboard, but wicked nonetheless.

What’s with the microphone and cables?

Well, we’re not making a piece-to-camera documentary of our travels. However, I do have somewhat of an idea in mind for a video. Of course I’ll want to share a kick-ass video with you when this trip is all over. So the mic will record wild-track (essentially a few minutes of ambient sound of a particular area for the edit process), as well as recorded sound of the bikes, etc. I also have an idea to start and end the video as if a radio is being tuned in, so the pocket radio and cables will allow me to scroll through several frequencies and capture real-life radio in Vietnam and use that sample for the video. The items are small enough to be inconsequential to the weight of the rucksack anyway.

Security is another thing that I’ve been concerned with. Clearly neither “Clarence” or I want to be kidnapped, robbed or to ride off a cliff and never be found. With me being a geek, I’ve set up some measures to help us along the way.

Firstly, both bags have a bluetooth tracking device installed. There’s also one on my keys, and I’ll likely stick one on the bike (for a giggle). These TrackR StickR devices communicate with an App on my iPhone, and keep regular track of where the items are. If any go missing, I can use the App to see their last known locations, and hone in on them. The devices also communicate two-way, so by pressing a button on the bluetooth device (which is no bigger than a pound coin) the iPhone rings. Or I can press a button on the App, and the TrackR rings. Fingers crossed these items work as they should and nothing goes missing.

One major benefit to the TrackR App is that if I do lose an item, and someone else is running the App, and they are in close proximity to a missing device, their App (without pairing) will update the last known location on my map. So something hundreds of miles away could still be found, thanks to another TrackR user and their “Crowd GPS” function. 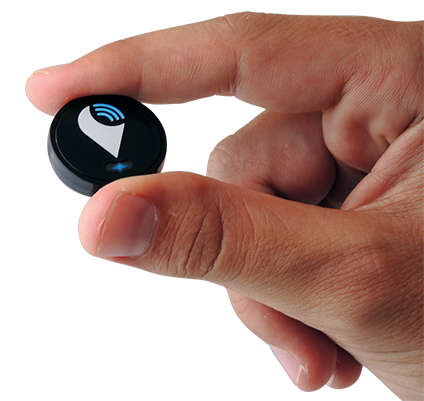 Secondly, I’ve installed an app on my iPhone called FollowMee. This App runs in the background and updates my location to a server online. If there’s no internet connection is records the GPS data anyway and uploads it whenever it gets the chance. It’s also clever in that it doesn’t run the battery flat with unnecessary uploads as it only updates if the location has changed, and by the specified update times I choose (anything from every minute to every 12 hours).

The benefit of this App is that our friends and family can keep track of our location by checking out my blog, where an embedded Live Map will track us in realtime. They don’t need to download some “Friends” app, nor do I have to give them any log-in details or get them to register on a special website. It’s hassle-free with a link I can email them which takes me to a secure and private map, or I can choose to embed the map anywhere I like (in this case, my travel blog!).

The App can also show where we’ve been, by keeping the last 24hrs worth of GPS logging data visible on the map. If we go missing, at least you’ll know roughly where we went missing! There’s no subscription fee for this service, just the £1.89 price of the App. There is also a free version, but that doesn’t keep the 7-day history.

They also have the ability to store 45 days or 90 days worth of location data, although you’d need to pay for this separately (a very reasonable $5 and $10 per YEAR respectively).

Of course all of this security depends on having an internet connection. I’ve spoken with my phone provider and they’ve unlocked my phone so it can be used anywhere in the world, and on any network. This means when I get to Vietnam I can switch out my UK SIM card with a pre-paid Vietnamese SIM card, pre-loaded with data and calls. I’m reliably informed there will be full coverage along the way, even if it drops to 2G/EDGE. It should be enough to keep us connected to the internet, and our locations known.

As a back-up, I’ve also installed an App called myTracks, which can either record your GPS location 24/7 or be set to short-record anything from 1min-24hrs. The App can then export/email the data and be used to trace a route at a later date. Both Apps will run for the duration of the trip. This App doesn’t upload our location, but stores the data locally.

Now, back to this helicopter… I appreciate that not everybody thinks of taking a remote control helicopter with them on holiday, but the opportunity to get amazing tracking and aerial shots is too good to miss. Yes, my friends and I have joked that I could start a war, should anyone decide that my drone is some sort of threat and it a) gets blown out of the sky, or b) it gets blown out of the sky and I get arrested. Either way, it’s packed.

So what’s with the 8x screws? Well, the only way I could fit the DJI Phantom into my rucksack was to remove the lower landing legs. All the cables stayed intact, but with the screws removed it means the legs can be folded over and out of the way. Otherwise the biggest and bulkiest thing in the rucksack is the quadcopter! 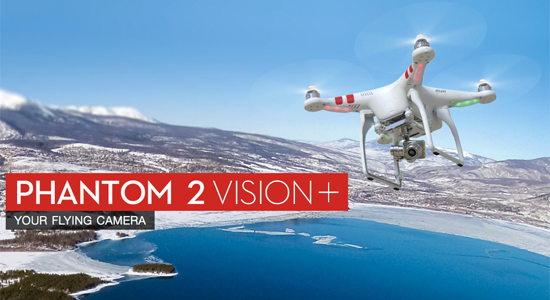 “this is one of the best things I’ve ever bought!”

“I can’t live without this!”

I’ve listed here three things I consider to be my best purchases, and their reasons for it:

This is an experiment, to compile feedback from Social Media (Facebook, Twitter, email, etc) regarding things that you folks consider to be their favourite or best items or belongings.

So far, what’s interesting is the lack of things I expected to be said, such as mobile phones, TVs or games consoles. Not one person has said one of these things! What does that say about trustworthiness and the reliability of those items?

Leave a message below, and I’ll update the list depending on the comments left!

UPDATE: Some answers given (besides your friends and family!) as follows:

This morning was mostly spent researching various freelance jobs on the internet. I’m at the stage now where I have a full production kit list of DSLR equipment, and a strong passion to make great pictures. I know jobs don’t just appear and aren’t going to come to me. I also know that to learn anything and be successful I need to get out and shoot and gain experience and trust. So that’s the plan.

Recently I’ve overloaded myself with knowledge on shooting and lighting interviews. I’ve seen dozens of tutorial videos of other people using DSLR cameras in their own fields of work for assignments and music videos. I’ve seen do’s-and-don’ts and behind-the-scenes clips, how-to’s and making-of documentaries. They’re all good for taking away great ideas, but nothing really compares to actually going out with a camera and creating something.

As a freelancer I have a few companies who I regularly get work with. Although, I have only been freelance for a year and I know that not all of that work is going to be continual and never-ending. I’ve recently found out that one of my employers are closing down the majority of their London office. Statistically, this takes away just under a third of the work I was getting. Yes, it’s bad news for me. It’s worse news for the 100 staff who will soon be job hunting themselves.

Armed with this information I’ve taken the leap I have always intended to take and started contacting freelance studios and production companies, in the hope someone is looking for someone with DSLR kit who is more than willing to learn for free. I know full well that getting ahead in this industry is a mix of experience and contacts. With little experience the best option for me is to do any offered work for free, or for less than what others charge, to get onboard and grab the experience required to get ahead.

Some of the work is done. I picture the “ball-that-needs-to-roll” as an actual toy ball, perched atop a confusing and well constructed puzzle game. It’s just a case of waiting for someone to give it a nudge and let it take a course.